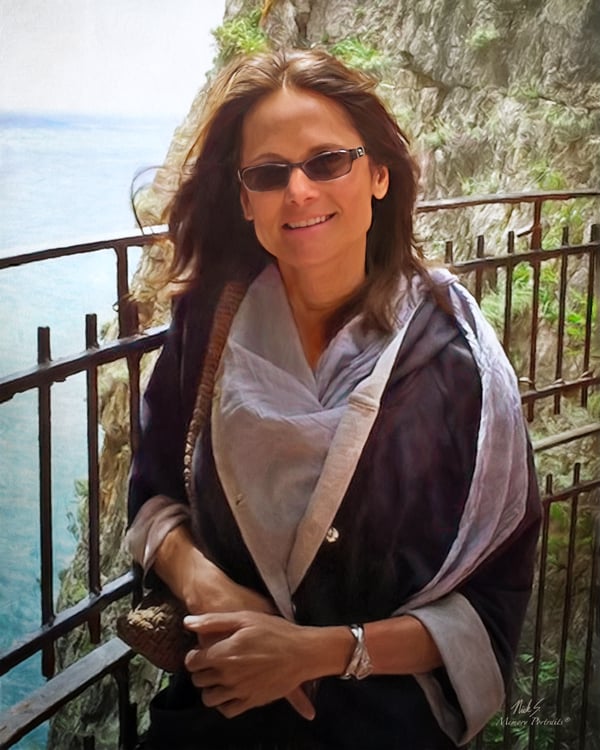 Cheryl Renee Yaccarino, daughter of Lorraine Smilek Yaccarino and the late Richard James Yaccarino, grew up in Ewing Township New Jersey. She moved to Wilmington, NC in the mid
1980’s and lived there until moving with her husband, Steve Pagley, to Kure Beach.

In 1995 she graduated with a BS in Pharmacy from the University of the Sciences in
Philadelphia. Her career as a pharmacist spanned over two decades. As a Pharmacy Manager
in the community setting, she passionately served her patients. She spent as much time in front
of the counter as behind. Her priority was to her patients; taking the time to educate them on
their medicines and even going so far as to deliver medications to home bound patients.

She never stopped looking for ways to innovate and expand her knowledge and abilities in
pharmaceutical care. A big believer in “paying it forward”, Cheryl took on the role of preceptor
for both introductory practice and advanced practice experiences to support the next generation
of pharmacy practitioners. In the early days of the pandemic in the first phase of immunization,
Cheryl was on the front lines vaccinating the most vulnerable traveling to long-term care
facilities all along the eastern shore of NC.

Cheryl had a passion for nature and all living things. She was an accomplished gardener and
generously shared her garden’s bounty. She loved the beach, boating, clamming, running, cats,
and training with her hunting dogs, Spencer and Rigby.

Cheryl was also a property investor, restaurant owner, and hunt guide. Her time in partial
retirement as a hunt guide for Hyde County Hunt Club also allowed her to achieve her long-time
goal of being a part time “stay at home dog mom”.

There will be a celebration of life in Spring 2023 in Hyde County NC. Details will be sent to
family and friends 30 days in advance.

Joseph B. Paul Jr. Funeral Service is honored to be assisting the family.