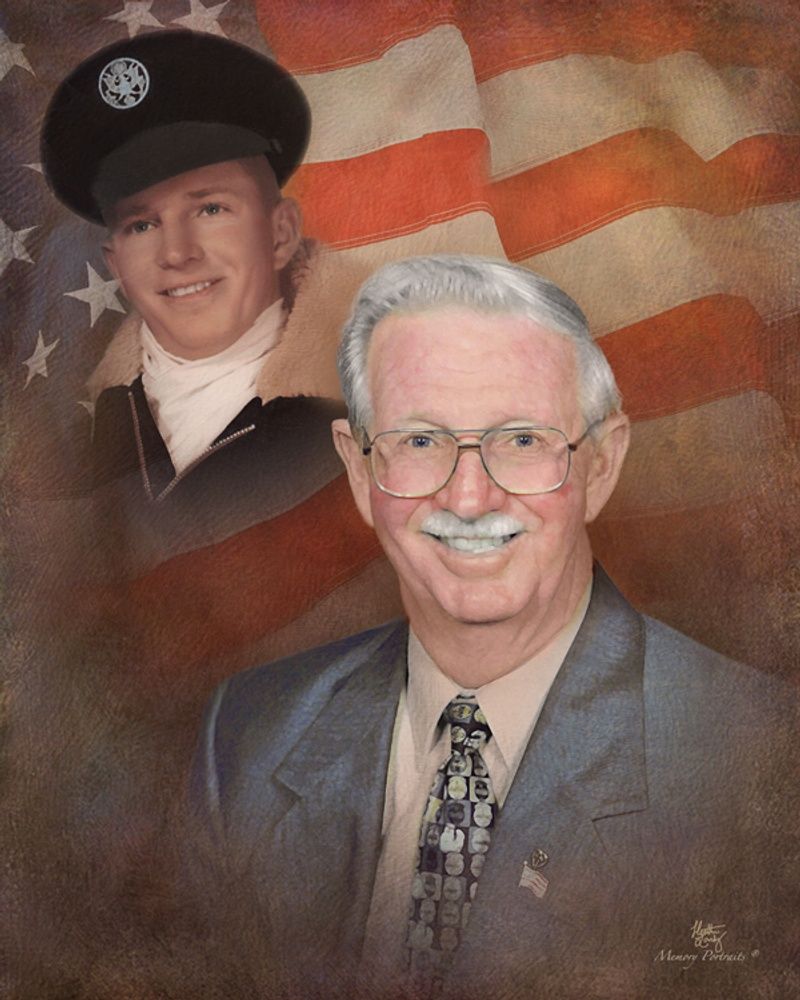 Lyman H. Sheppard, Jr. age 85, a resident of Washington, NC. …To be absent from the body is to be present with the Lord… On November 23, 2021 Lyman arrived to his new heavenly home, seeing his Lord & Savior face to face ready to praise God throughout eternity.
Lyman was born November 11, 1936, and grew up in Washington, NC. He graduated from Washington High School in 1957.
He grew up attending First Baptist Church where he accepted Jesus Christ as his Lord & Savior in May of 1948 and was then baptized. At the age of fourteen he heard the call from God to preach. He preached his first sermon at 15 years old at First Baptist Church. After high school he attended Chowan College where he sang in the Oratorio Society.
He joined the Navy where he traveled to Spain and Portugal on the Destroyer escort U.S.S. Roberts. After discharge from the Navy, he enlisted in the Air Force where he was a corporal and airplane mechanic at MacDill Air Force Base in Tampa, Florida under the command of Paul Tibbitts, Jr. While in the Air Force he was an assistant Chaplin and lead the choir in singing.
After leaving the Air Force he and his family continued to reside in Florida. He was a member of the Tampa Primitive Baptist Church and became a licensed minister. He preached in Florida ad Georgia as a supply minister, worked with the youth in the church and helped to raise funds and lay concrete blocks in the building of a youth camp and conference center in Florida. Upon returning to Washington in 1980 Lyman attended and became a member of Westend Baptist Church. He was ordained a deacon and taught Sunday School. He was later ordained by Westend Baptist Church to be a minister. He was then called to be a pastor at Rosedale Baptist Church. He was then a pastor for 14 years at Pinetown Missionary Baptist Church. He was a member of the South Roanoke Baptist Association and served on the minister ordination committee. He enjoyed attending Lighthouse Baptist Church where he volunteered to serve the Lord by being an usher to take up the offering and praying. He attended and was involved with many churches during his 85 years of life, but his one commitment was to the God he believed in and wanted to serve.
Lyman worked in the grocery business, Winn Dixie, Eckerds, Smith Brothers and Piggly Wiggly for 10 years in Florida and 15 years in North Carolina. He and his wife Violet were owners of “Unique Treasures” antique business in Washington.
He enjoyed fishing, eating raw oysters and seafood. He watched WWF and WWE for over 50 years and Nascar Races, he enjoyed growing flowers and gardening, woodwork, making things, going to antique store, yard sales and “collecting”.
His most enjoyment in life was serving in church, preaching the word of God, praying, praising and singing in the house of the Lord. He liked to attend gospel sings, concerts and having fellowship with his brothers and sisters in Christ, especially church dinners and fried chicken. Psalm 118:24 was a favorite verse of Lyman’s and Matthew 25:40 was a scripture he often preached on.
He is survived by his wife, Denise Sheppard, sons: Thomas (Karen) Sheppard, Richard (Lisa) Sheppard, Lynn (Yvonne) Sheppard and Ronnie (Michelle) Barringer, several grandchildren & great grandchildren. Sister and brother in-law, Hope and Dick Van Dorp, sister in-law Linda Sheppard, sister in-law Diana Castleberry, brother in-law Glenn Castleberry, many nieces, nephews, and a multitude of friends, bothers and sisters in Christ Jesus.
He was preceded in death by his parents Lyman, Sr. and Esdale Popperville Sheppard, grandfather, “Captain Tom” Popperville and his precious grandmother, Ara Bennett Popperville. Grandparents, LM and Rose Sheppard, brothers Leonard Sheppard and Donald Reynolds. He was also preceded in death by his wife Violet Phelps Sheppard.
Funeral services will be held at Pinetown Missionary Baptist Church, Sunday, December 5, 2021. The family will receive friends 2:30 pm and the service will begin 3:00 pm with Pastor George Daniels, Pastor Greg Bell, Pastor Brian Alphin and Pastor Marty Swinson officiating. Lyman will receive Military Honors. . Honorary pallbearers are Rickey Carrow, Dustin Carrow and Ernest Gooch.

Graveside services will be held 1:00 pm, Friday, December 10, 2021 in Lithia, Florida at Alderman – Pelote Cemetery.
Flowers are welcomed or donations in his memory may be made to Pinetown Missionary Baptist Church Fellowship Hall Building Fund or Lighthouse Baptist Church Building Fund OR in Lyman’s memory take a friend out to eat fried chicken or take a friend fishing.