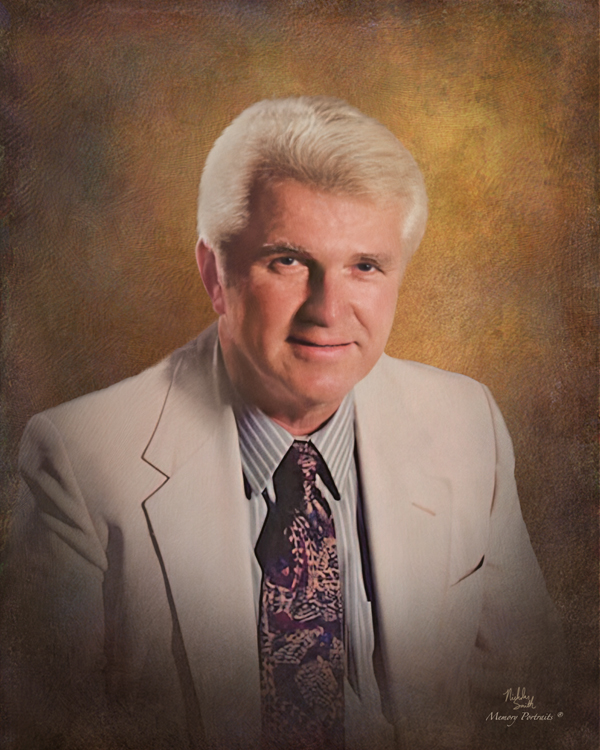 Thomas C. Boyd, age 90, a resident of Washington, NC passed away unexpectedly on Friday, September 9, 2022 at his home.

A celebration of life will be held 11:00 am Monday, September 12, 2022 at Joseph B. Paul Jr. Funeral Service in Washington. The family will receive friends prior to the service from 10:00am until the service hour at the funeral home. Burial will follow at Oakdale Cemetery.

Tommy never knew a stranger and always had a friendly “hello” for every person he met, using even a chance encounter at a checkout line to strike up a conversation. He loved his family, his home, “the river”, and the UNC Tar Heels. Tommy was a devoted husband and father who doted on his late wife, Becky, and his only child, Kimberly, every chance he could. He took great care of his wife through her 24-year battle with cancer and stayed by her side through every new treatment. Tommy’s love knew no bounds, even switching sides to support his granddaughter’s college team, Virginia Tech, when they played against his beloved Tar Heels.

He gave endless love to the people in his life and always had a plethora of advice to give, including his favorite quip – “Don’t take any wooden nickels!” His nephews were the sons he never had, and he loved to drive by in his little truck to check up on their news of the day.

Tommy was born in Pinetown, NC, on May 19, 1932 to Thomas and Lucille Boyd. His one sibling, Vernell, was born five years later, and he loved to tease her, a habit he continued all his life. They shared a tremendous work ethic, always keeping busy and taking pleasure in doing for those they loved.

Tommy learned all about automobiles and their inner workings from his father, Chap, in the garage and store he owned right beside their family home. He attended Bath High School, where he played a variety of sports, including baseball and football.

After high school, he thoroughly enjoyed his tour in the Navy during the Korean War, where he soon manifested his innate abilities as a salesman working as the ship’s supply officer, earning permission from his captain to go ashore in Japan and buy cheap watches that the ship’s store was able to resell for a good profit. Tommy helped finance the purchase of his dream Buick Roadmaster by selling rides back east from his base in San Diego during leave.

His captain encouraged Tommy to stay in the Navy and apply for officer school after he completed four years of active duty, but the dutiful son returned home in 1956 at the insistence of his mother.

In North Carolina, he worked at the Atlantic Coastline railroad while studying at Atlantic Christian College (now Barton College). This was when he met and married his soulmate, Becky. Tommy held down a full-time job while earning his degree in Business in 1961, just before the apple of his eye, Kimberly Rebecca Boyd, was born in November.

Tommy and Becky considered their beautiful daughter their greatest accomplishment. TC, as his wife called him, lavished attention on his “girls,” making sure they knew they had his undivided love even as he provided for more material needs.

TC wasn’t much for traveling, saying he had done enough of that in the Navy. He preferred to stay home, keeping busy with countless projects in the yard and the interior — which he was constantly re-arranging, to the bemusement of his daughter. He also loved to rebuild old Thunderbirds and to wax and detail his Lincolns.

Tommy’ career progressed from the railroad to NCNB bank, where he spent several years before one of his customers lured him away to work as sales manager in his Ford dealership in Tarboro.

That is when TC found his true calling.

His gregariousness, love for people and salesmanship skills won him a steady stream of customers who bought a succession of Lincolns from him. He loved going to car auctions around the Southeast and picking out the best vehicles to sell to his clientele back home.

Although TC hated flying, he overcame his objection and flew to Chicago for the birth of his granddaughter, Lexi. He proudly followed her progress through college, planting a Virginia Tech flag outside his home, and was so proud of her budding career as a journalist for The Fayetteville Observer. He thought she was the most intelligent person he’d ever met, and her pictures adorned every room in his house.

TC was meticulous in both his appearance and how he kept up his home – the second-greatest love of his life after his family. He also indulged his wife and daughter in their obsession with pets, lovingly caring for dogs and cats they adopted.

The biggest tragedy to strike Tommy was the death of his beloved wife in 2014. He moved from their home in Tarboro to Little Washington to be near his sister Vernell, his three nephews and his birthplace.

While it could not replace the loss of Becky, whose gravesite he visited almost every day with flowers, he loved his home near the waterfront. He took care of Miss Kitty, the stray cat he and Becky domesticated in Tarboro, and spent as much time as he could with his daughter, son-in-law and granddaughter. He was blessed with caring neighbors who cared for him and made him feel special and a church community at Beaverdam where he could worship.

TC is survived by his daughter, Kimberly Solomon; son-in-law, Digby; granddaughters, Lexi and Erika; sister Vernell Douglas, nephews Keith Douglas and wife Rosie; Tommy Douglas and wife Kim; and Timmy Douglas and a host of grand-nephews and -nieces. Although he is no longer with us, his love will live on forever through his family.

Joseph B. Paul Jr. Funeral Service of Washington is honored to be servicing the Boyd family.